Norwich manager Daniel Farke, who is preparing to take the club into the Premier League for the seco

Norwich manager Daniel Farke, who is preparing to take the club into the Premier League for the second time, on Wednesday signed a four-year contract extension.

The 44-year-old German took over in May 2017 and led the Canaries to promotion to the Premier League in his second season.

The team played attractive football but struggled to score and finished bottom, 14 points from safety.

They rebounded strongly, running away with the Championship title last season and Farke extended his stay on Wednesday.

“My blood is already pretty much yellow,” Farke told the club web site.

“I’m absolutely over the moon and feel pretty emotional.”

“Now it’s about going the next step, doing everything we can to make sure this club becomes an established Premier League side.”

“We’re in an uncertain world at this moment in time, so to have some stability and security at the football club is important,” said Stuart Webber, the Norwich sporting director.

They have signed Chelsea and Scotland midfielder Billy Gilmour on a season-long loan signing but have lost Emiliano Buendia to Aston Villa. 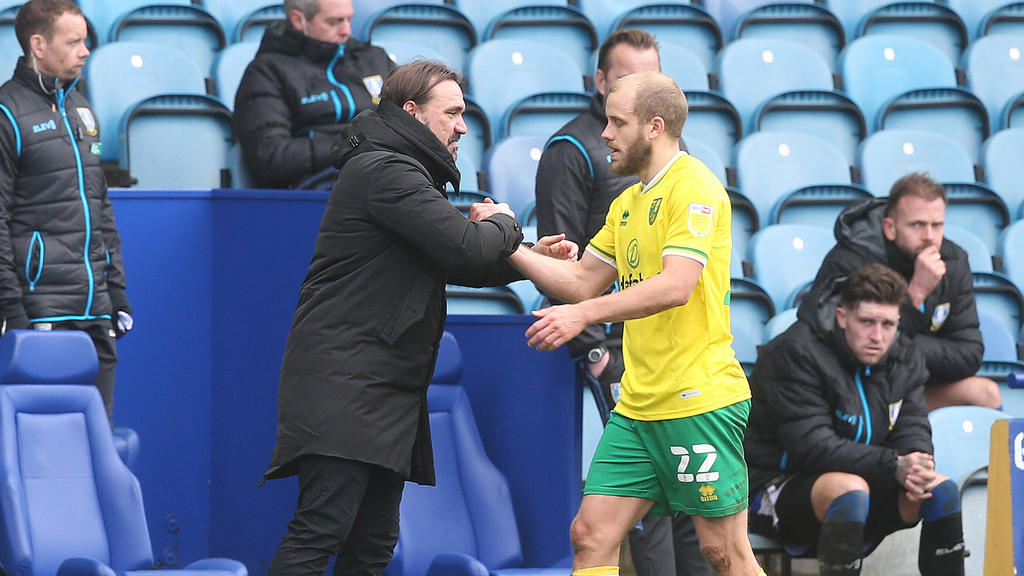